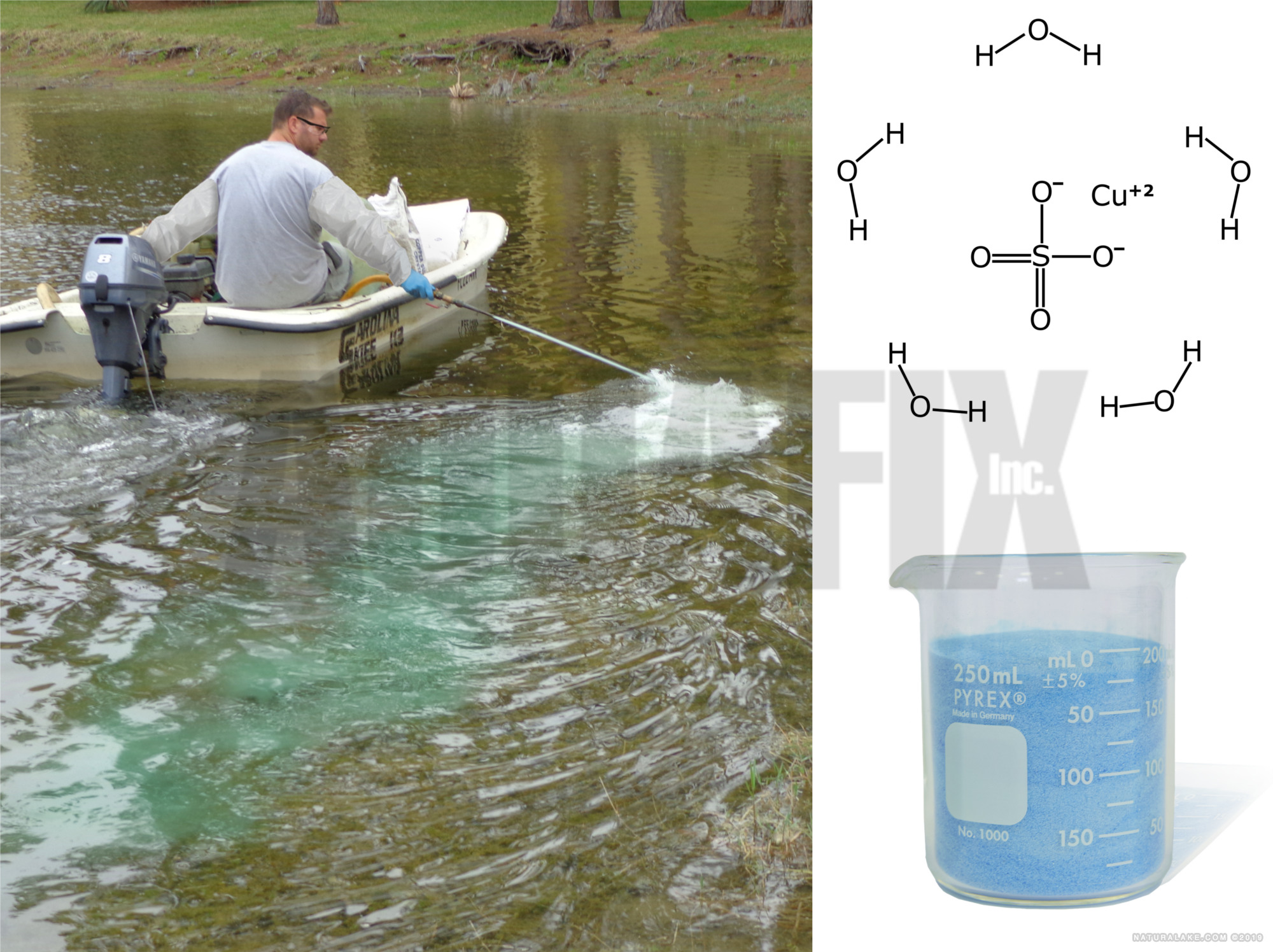 Like so many technologies and advancements before it, copper algaecides were considered a miracle treatment for tough algal and cyanobacteria blooms, but have now started to fall out of vogue based on new evidence of the harm it can cause, which you will read about below. So many applicators across the country and world are now feeling pressure to eliminate or reduce copper sulfate and chelate use, and Naturalake Biosciences would like to help them do so. To help reduce the quantity of copper used in treatments, we have developed an adjuvant that functions as a sticking agent, marker, sinker, and performance-boosting adjuvant for algaecides:

We hope this article helps you. Naturalake Biosciences is always looking for new partners in all areas, within the United States and outside of it, and we would welcome hearing from you. For additional technical discussion call us at 888-757-9575 or email info@naturalake.com. You will find our service helpful and friendly.

Many of the products developed at Naturalake Biosciences are meant to complement traditional chemical treatments. For this reason, we spend almost as much time researching algaecides and herbicides as we do the problems they treat. We’ve learned a lot about copper sulfate and chelates, and while they are effective as blunt tools against unwanted aquatic growths we’ve found, they can easily get tied up in ways that both hinder their efficacy and harm the aquatic environment. Among the five fates of copper in an aquatic environment listed by Elder and Horne, we find “loss of copper to sediments,” “solubilization of copper precipitates in the 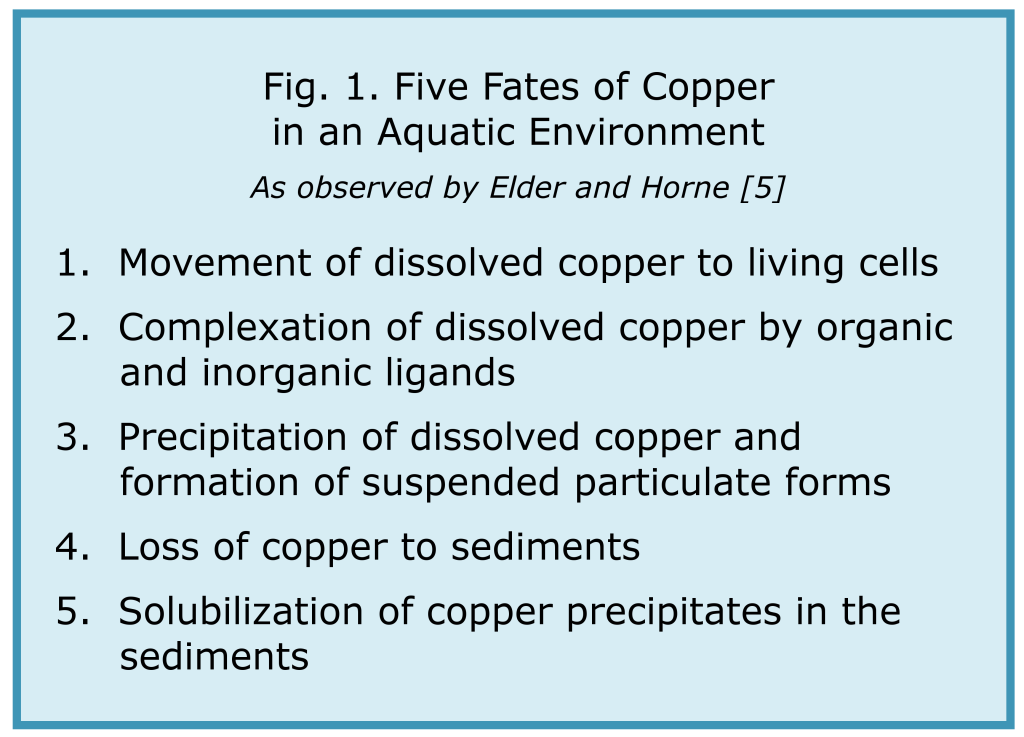 sediments,” and “complexation of dissolved copper by…ligands” [5]. This means that copper has the opportunity collect in the sediments at the bottom of the pond or lake and then slowly be released back out to become available to organisms like the bottom-feeders or it can combine with other substances in the water, sometimes forming toxic compounds. There is also evidence that copper residue and its effects can be felt throughout the food chain; a 5-step progression that ends up affecting humans in an indirect way. In the past, Naturalake Biosciences has discussed some of the other drawbacks of copper—that it is non-selective and provides an environment for chemical-resistant algae like Lyngbya—but our current concern is the way copper products linger in the pond sediment and through that medium have access to the entire aquatic food chain.

Step 1: Accumulation in the sediment

The pond floor acts as a base both physically and also in the aquatic food chain; what is found there will affect the rest of the water body. Because of its density, copper falls through the water column quickly and a sizeable portion of it ends up in the sediment without affecting the weeds it was applied to treat. One study using high doses of copper sulfate to observe the accumulation of copper found the distribution of copper in the pond sediments suggested “that Cu precipitation from pond water was rapid” [6].

Fig. 2. Analysis of copper accumulation in the sediments, both as a total concentration and in the easily transferable forms.

This same study concluded that the concentrations of copper in the surface layers of sediments was “substantial,” measuring 5 times higher than in the ponds without copper sulfate added (Fig. 2) [6]. Even at this stage, copper accumulation in the sediment can lead to sterile pond and lake bottoms, which are prime habitats for algae like Lyngbya. But as it is, the solubilization of copper precipitates mentioned earlier allows the copper to continue moving through the aquatic environment, this time affecting the bottom feeders.

There are a variety of aquatic organisms that remain mostly invisible to humans but make up an essential part of the pond and lake environment nonetheless. They are the bacteria, phytoplankton, mollusks, insects, and other organisms that interact most frequently with the sediment. Within the aquatic food chain, these organisms provide the key link between non-living and living components: they are responsible for the recycling of detrital material and the conversion of excess nutrients into functional compounds along with functioning as a food source for the larger aquatic inhabitants. 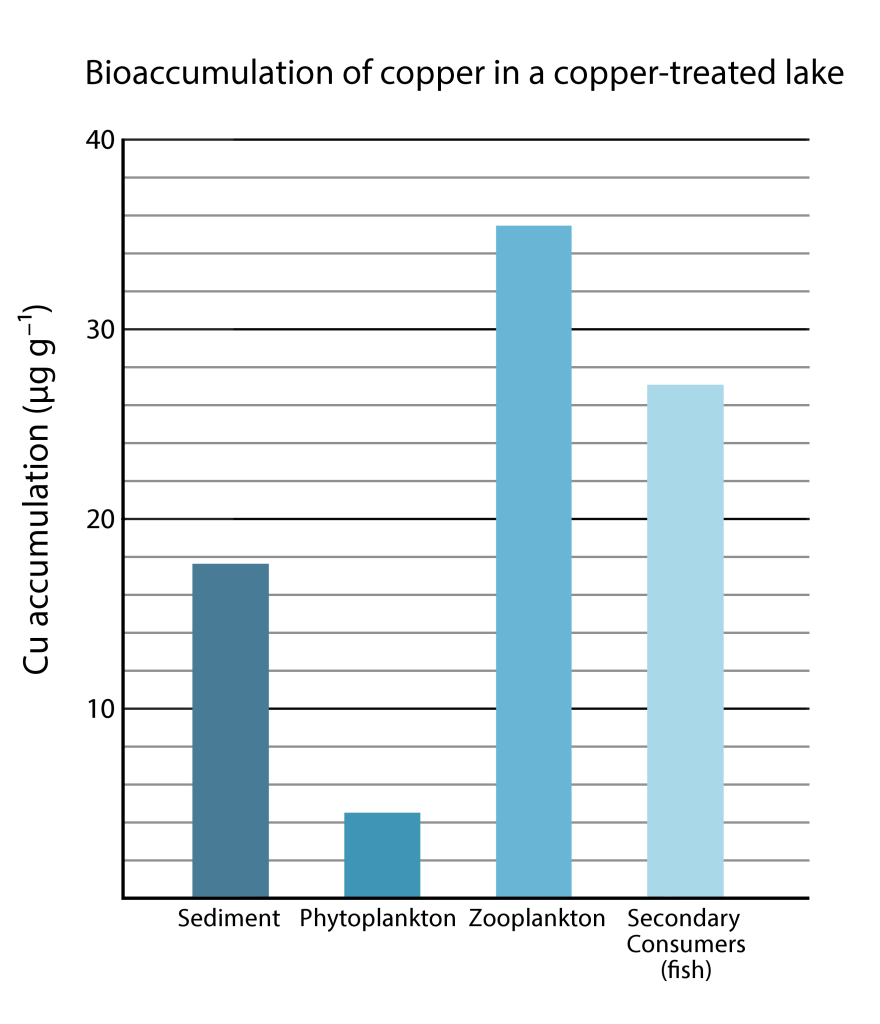 Fig. 3. Measured accumulation in organs of bottom organisms and fish over 5 months.

However, the bottom life forms are also the most vulnerable to negative effects from copper use. Their high interaction rate with the sediment exposes them to the copper build-up in the sediment as well as the copper precipitates that periodically rise from the aquatic floor through solubilization. Exposure is even higher for bottom organisms that feed on detrital material at the “sediment-water interface,” which includes the released copper [6]. This phenomenon has been observed under diverse circumstances. A 2009 study observed elevated levels of copper in the bodies of phytoplankton in a copper-treated lake along with a subsequent transference of that copper from the phytoplankton to crabs in the same lake (Fig. 3) [7]. Another study involving non-lethal doses of copper sulfate showed bioaccumulation of copper in both the muscle tissue and gills of freshwater prawns [9]. The effects of copper accumulation in gills are discussed further in Step 3. Sangita Das and B.S. Khangarot endeavored to study the effects of copper exposure to snails and their larvae through a 7 week study. The analysis of snails exposed to elevated levels of copper produced “loss of chemoreception, locomotion, and inhibited food consumption” as well as a decreased number of eggs and eggmasses [4]. As will be discussed later, detriments to any single population within an ecosystem can unbalance the entire environment, and lead to phenomena like “dead lakes.”

Step 2.1: An addendum about amphibians

Every day the current wave of scientific thinking is expanding our understanding of the importance of amphibians to humans and the environment. They are crucial biological indicators, hold the key to numerous potential scientific and medical advances, and are an invaluable link the food chain. Pond and lake owners profit from tadpoles in their water, as algae is their preferred food source [10]. Unfortunately, these key biological participants are also highly sensitive to the chemicals found in copper algaecides. The National Organic Standards Board has gone as far as to state that “copper is highly toxic to amphibians (including mortality and sodium loss)” and noted that this holds true for tadpoles and embryos at copper doses “expected with the listed use” [1]. It may in fact be the toxicity of copper to amphibians that is the leading push for stricter regulation of copper algaecides, though amphibians are certainly not the only organisms negatively affected. 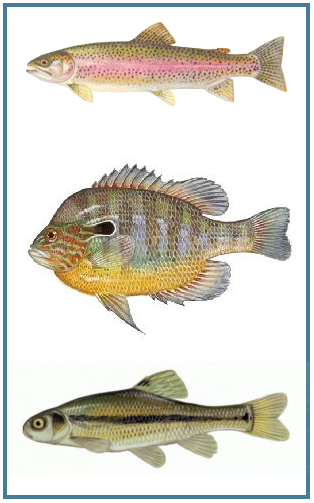 The application rates of copper algaecides, despite being formulated to avoid fish kills and harm, are not safe for all species of fish and can underestimate the amount of copper entering a fish’s body. The Wisconsin DNR notes that copper sulfate use is uncommon in Wisconsin due to its “high toxicity to…multiple species of fish (trout, bluegill and minnow) at typical application concentrations” [3]. Safe application rates measure the parts per million of copper suspended in the water column, and don’t account for interaction with copper-enriched sediment or consumption of bottom organisms (including those that have been killed by copper exposure).

Bioaccumulation of copper in fish takes place largely in the gills and liver, as noted by L. Collvin in 1984 [2] and Varanka et al in 2000 [11]. It is not surprising, then, that most of the ill effects manifest in these two organs. Carp, when exposed to what was defined as “subacute” levels of copper, displayed evidence of cell membrane damage to the gills as well as disruption of the oxygen and ammonia regulation [8]. The study by Varanka et al (Fig. 5-7) looked specifically at the changes in carp liver after copper treatment and found a decrease of activity from the catalase that protects the liver from oxidative damage (GSH) and a decrease in the protein essential for oxygen processing (Mn-SOD). It is worth noting, as well, that they found a “two-threefold increase in GLU [stress indicator] levels” and observed that “fish seemed exhausted after treatment with CuSO₄” [11]. The apparent exhaustion could be related to the fact that bioaccumulation of copper seems to damage the fish’s ability to process and regulate oxygen. In either case, the big picture shows an entire ecosystem of repercussions from copper use and overuse, but now it is time to discuss what that means for humans.

Fig 5-7. Chemical and protein levels measured in fish after exposure to a copper algaecide as compared to the normal levels of fish with healthy oxygen processing and stress levels.

As mentioned before, the effects of chronic copper use can ripple out and have an adverse impact on humans. The evidence presented thus far shows the systematic weakening of various communities within the lake or pond ecosystem. If, for example, the aquatic ecosystem is pictured as a table, then these communities are the legs holding the table up and allowing humans to use it. When the integrity of these table legs is compromised, the stability of the ecosystem can falter a few different ways. In the most extreme case, enough of these communities would lose balance and cause the entire table to collapse and become “dead water,” or a water body inhospitable to native species but attractive to invasive species. These are the water bodies that are most often plagued by Lyngbya, Pithophora, and other plants and algae that impair use of the water and harm its aesthetic value.

Even without a complete collapse, amphibian and aquatic insect communities are usually the first to disappear in areas of high chemical use. These organisms are major contributors to mosquito control around bodies of water. It should be noted that copper chemicals will control mosquito populations as well, but the danger of creating a dead lake or pond remains. Ecosystems free from predators and made marshy by algae are attractive places to lay eggs and will only serve to draw more mosquitoes to the water. Recreational use of these ponds and lakes would be severely diminished.

The bioaccumulation of copper in fish and crustaceans is also of concern to many humans. Larger buildups can lead to a drop in quality and quantity of product in the seafood industry [1] and hinders recreational fishing. Various sources, such as the team that studied freshwater prawns in Step 2, suggest a dietary concern as well; they suggest that copper accumulation in fish and crustacean tissues could be a concern for human consumption.

In laying out the research we’ve found on copper algaecide use in ponds and lakes, we are not aiming to demonize the use of these chemicals. Instead, our intent by offering this information is to help applicators achieve their chief treatment goal: a clean lake. The disruptive powers of copper sulfate and chelates, along with their ability to move through the food chain, make them good for short-term solutions but ineffective at maintaining algae-free waters for very long. This is why Naturalake Biosciences develops technologies to promote long-term clean lakes through balanced ecosystems and adjuvants that help reduce copper sulfate and chelate use. We have studied just about every pond or lake problem and put together treatment regimens that allow applicators to use fewer harsh chemicals like copper. Our AquaSticker adjuvant was created specifically to cut down copper algaecide use by nearly half. Moving forward, we will continue to put in the research and hard work that applicators need to make their treatments easier and more efficient.