What is manganese oxide?

Manganese is a common, naturally occurring mineral in rocks, soil, groundwater, and surface water. General forms of manganese in the environment are referred to as manganese (Mn)oxides. There are more than 30 Mn oxide minerals that occur in the environment. These Mn oxides will appear as fine-grained aggregates, veins, aquatic nodules, crusts, dendrites, and coatings on other surfaces. Most Mn oxides are brown-black in color. Manganese oxides can incorporate or adsorb various compounds in natural waters and surface sediments. Some of these include phosphate and heavy metals (e.g. As, Pb, Hg, and Co)and other ions. Bacteria and fungi are known to catalyze the oxidation of Mn(II) to form Mn(III, IV) oxide minerals. This biological oxidation is relatively fast compared to the abiotic Mn(II) oxidation process.

Why is Oxygen needed in Lakes?

Lakes are home to a diverse group of aquatic life: fish species, aquatic plants, and aquatic organisms. Fish and aquatic organisms need oxygen to breathe (respiration). Oxygen is required for the breakdown (decomposition) of dead organic materials (leaves, fish, algae, twigs). It is also vital to water quality because it reduces nutrients and prevents toxic chemical formations like unionized ammonia and hydrogen sulfide.

Why is manganese oxide a problem?

At levels >0.05ppm, soluble Mn oxides will give water a brown color and there may be black deposits in the bottom of the pond, on fields, or on home fixtures. If Mn oxides are ingested or particulate Mn dioxide is inhaled for many years, this can cause harm to the human nervous system. This will result in a disorder similar to Parkinson’s disease called Maganism, which will produce tremors, shaking, and an unsteady gait. Manganese is highly mobile in acidic soils and can travel from agricultural fields into the groundwater or by surface to nearby lakes and ponds.

What can be done about manganese oxide in pond water?

To reduce the amount of manganese in drinking water from wells or surface water, water softeners, reverse osmosis, or oxidizing filter units may be used. It may also be possible to oxidize the Mn(II) in the water and then use filtration to remove the resulting Mn oxide solids. If the pond water is not aerobic, the manganese may release back into the water column. This is because Mn oxide 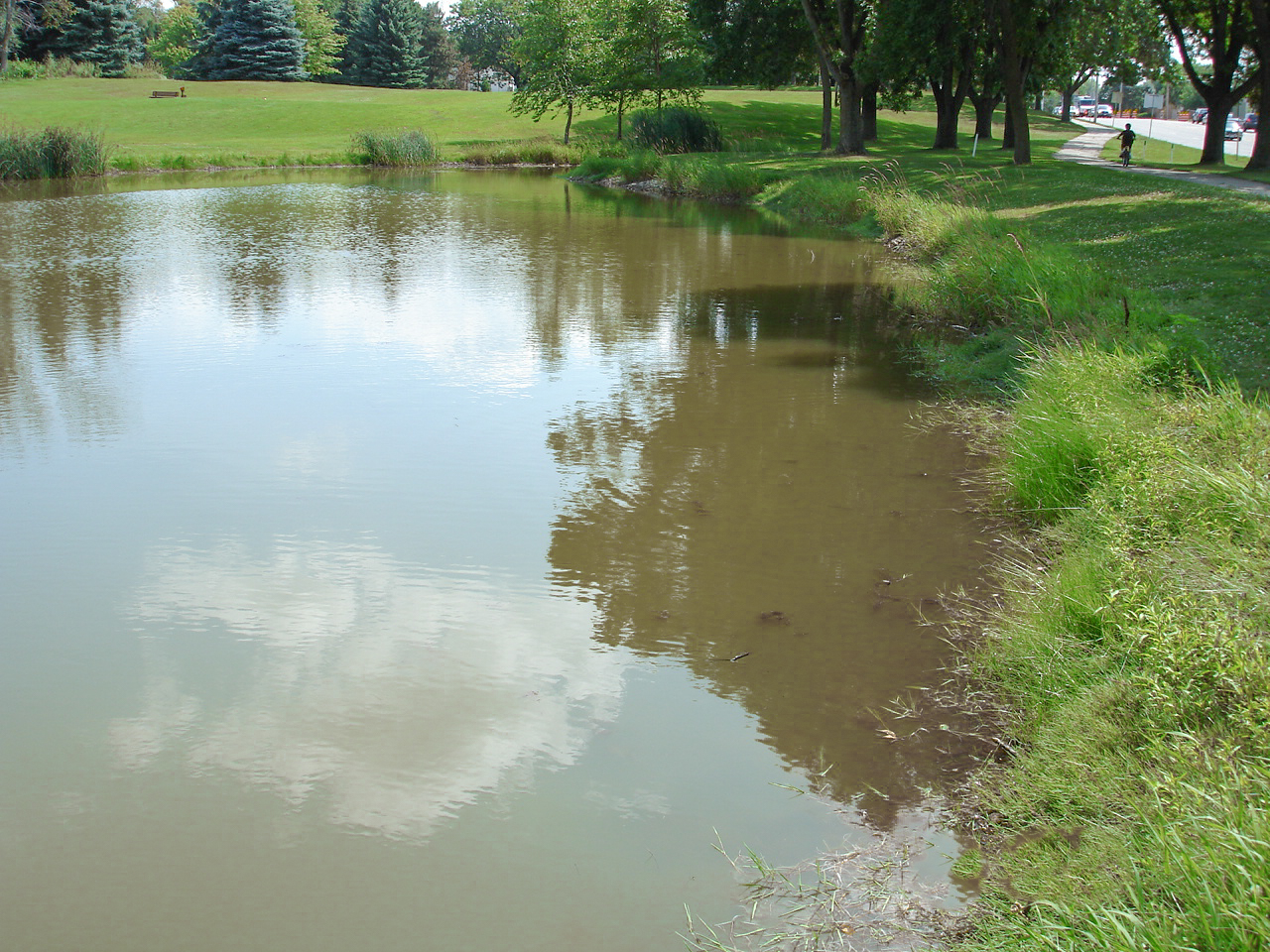 is a more favorable electron acceptor for bacteria to use than iron oxide or sulfate. Manganese reduced by microorganisms results in more energy and makes said microbes better able to outcompete iron and sulfate reducers in an anoxic environment. 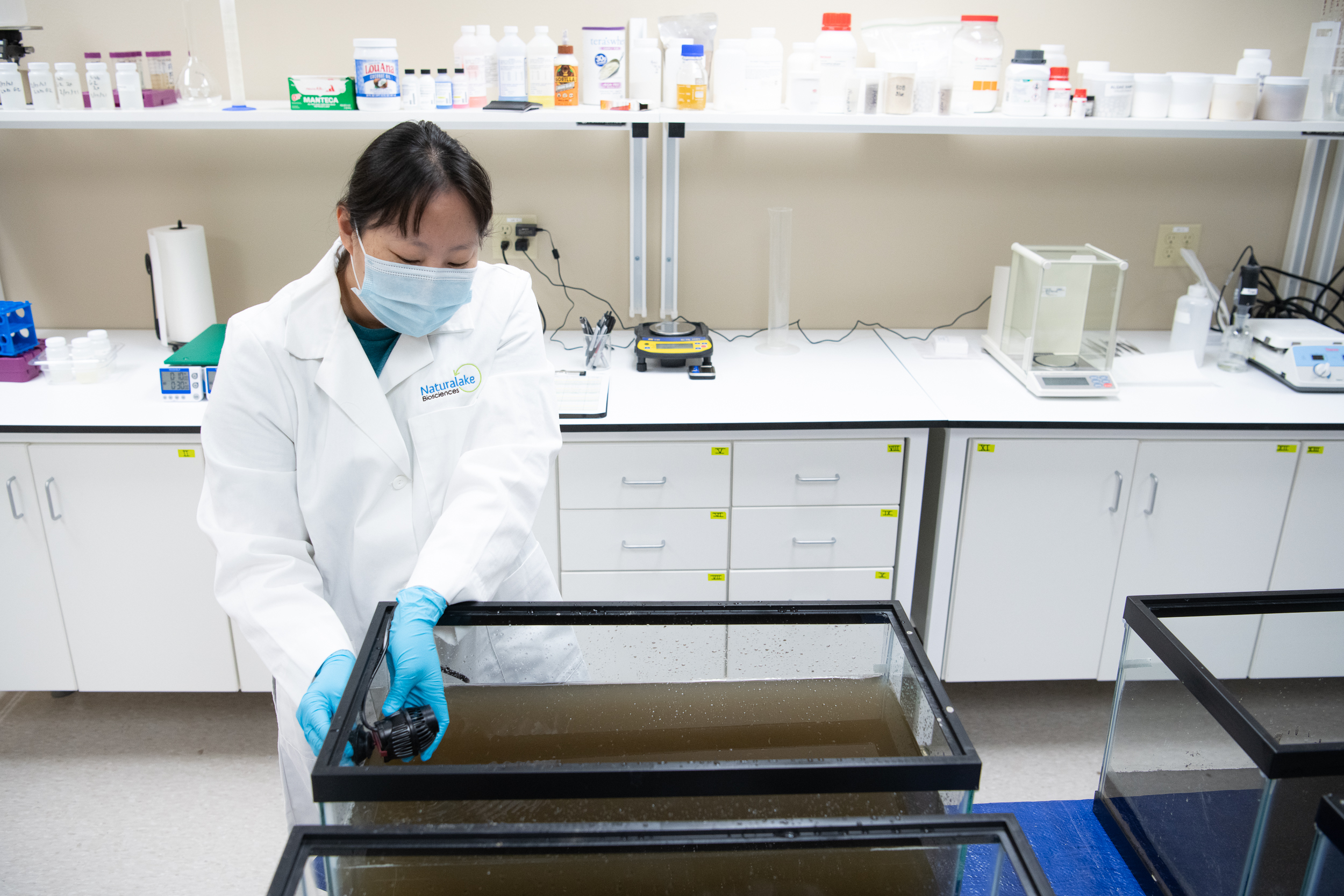 How can bacteria bind manganese oxide in pond sediments?

In some environments, bacteria can quickly catalyze Mn oxide precipitation to remove manganese (Mn(II)) from water. This could result in the formation of Mn oxide nodules that would keep manganese bound in solid form as long as the sediment remained aerobic with neutral to basic pH. A study carried out on Brachybacterium sp. Strain Mn32 showed that this bacterium could oxidize soluble Mn(II) to insoluble biogenic Mn oxides (birnessite and manganite) and that these biogenic Mn oxides further adsorbed more Mn(II) from the water. Another study on Bacillus sp. SG-1 showed that spores of this bacterium also could efficiently oxidize and remove Mn(II) from the water resulting in Mn oxides surrounding the spores. It was found that Mn(II) was enzymatically oxidized on the exopolymer matrix surrounding the cell. Other studies have found that bacteria and fungi that oxidize Mn(II) to Mn(III/IV) oxides are widespread in nature and that, in bacteria at least, the cells become encrusted in Mn oxides, usually at the onset of the stationary phase or after sporulation.