Effects of Cold Weather on the Ecosystem 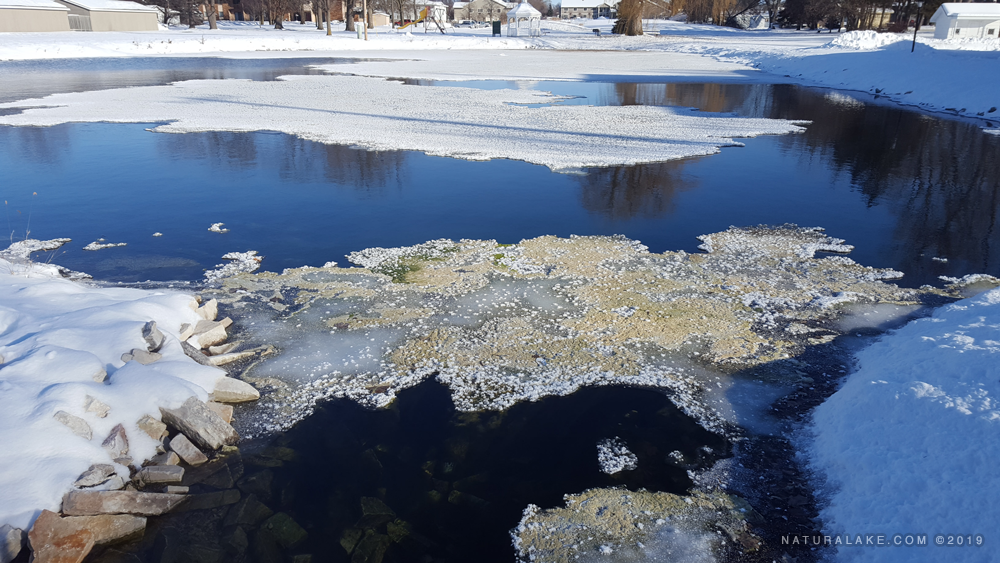 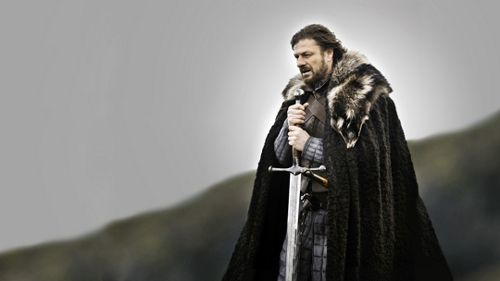 No, I’m not talking about the White Walkers bringing eternal winter to all of Westeros, I’m talking about how cold weather and cooler ambient air temperatures lead to cooler water temperatures and changes in the aquatic ecosystems of lakes and ponds.

Fish are a fitting example of how the aquatic ecosystem changes with colder water. Fish are poikilotherms and adjust their metabolism as water temperatures change. Most fish slowdown in colder water. They conserve energy by moving less and eating less. That’s why you will often find warmer water species are harder to catch when it gets cold. However, there are some cold-water species that thrive when the temperatures drop. Their prey has less cover, they have less competition, and their range increases. 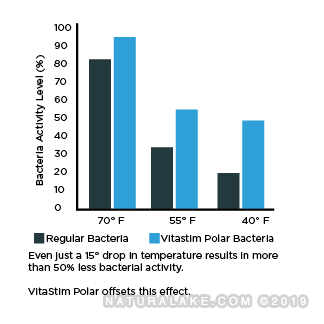 Much like the fish, most of the microbial community in an aquatic ecosystem slows down as the water cools. Bacteria and other organisms that are actively decomposing leaf litter, fish waste, dead plants and algae, and other sources of detritus in warmer water are drastically slowed or even go dormant. For every 5 degree drop in temperature the activity of theses bacteria are cut in half. Bacteria that prefer cold water environments begin to grow as temperatures are reduced. However, these bacteria are relatively scarce to begin with, are less active, and proliferate slowly. As a result, the decomposition process stagnates and the organic particles that settle on the bottom contribute to an increase in the muck layer. This internal nutrient reservoir is full of carbon, nitrogen, and phosphorus.

Algae growth however, is a slightly different story. While algae do– tend to see altered growth rates in colder water, the overall abundance can often increase due to less activity of grazing organisms. Cold water still gets plenty of sunlight, carbon, nitrogen, and phosphorus. Beneficial bacteria that feed on the carbon, nitrogen, and phosphorus are less abundant and active in the cold water. With less natural competition, many cold water algae thrive…even under the ice!

When and where it is possible, it is recommended to maintain a buffer zone (often using native plants) around the edge of lakes and ponds to catch nutrients from fertilizers and runoff before they enter the water.  In areas that receive heavy leaf litter or debris, temporary fencing has been used as an effective tool to limit the amount water bodies intake.

Running an aeration system in the winter can add a healthy amount of oxygen to the water body and increase circulation. Maintaining healthy oxygen levels helps prevent winter fish kills and aids microorganisms in digesting accumulated nutrients. Contact an aeration expert to make sure the aeration system and water body is right for winter aeration.

Probiotics and biocatalysts are sustainable and effective tools for maintaining healthy aquatic ecosystems in colder weather.  They can be used to speed the breakdown organic debris as it enters a water body, reduce the muck buildup that stores nutrients, and optimize the microbial community.

PondZilla Pro is an all-natural biocatalyst that improves the efficiency of chemical treatments and dissolves dead plants and algae on a cellular level.  Thorough degradation helps reduce the contribution of dead algae and plants to the muck layer.

MD Pellets are pelletized probiotics that sink into the muck layer.  They stimulate naturally occurring bacteria and deliver select cultures directly to the muck to speed the natural decomposition process.